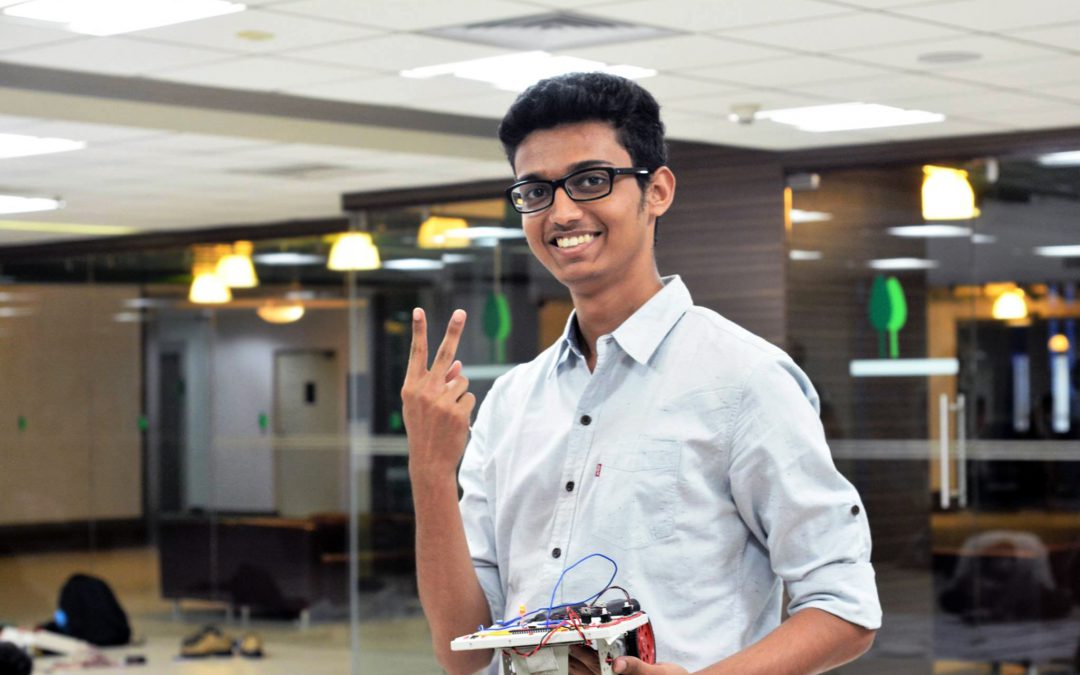 I enrolled for Kaizen Robotics Program Crash Course on June 22nd, 2016. When I look back now, it was one of the right decision I have taken in my life. From the basics of stipping a wire to program Atmega16 microcontroller, I learnt many interesting practical stuffs from Level 1 course. The Summer vacation was well spent @ IIT Madras Research Park. It gave me the confidence to build a Gesture controlled wheelchair which I presented in Lema Labs Expo during October 2016. 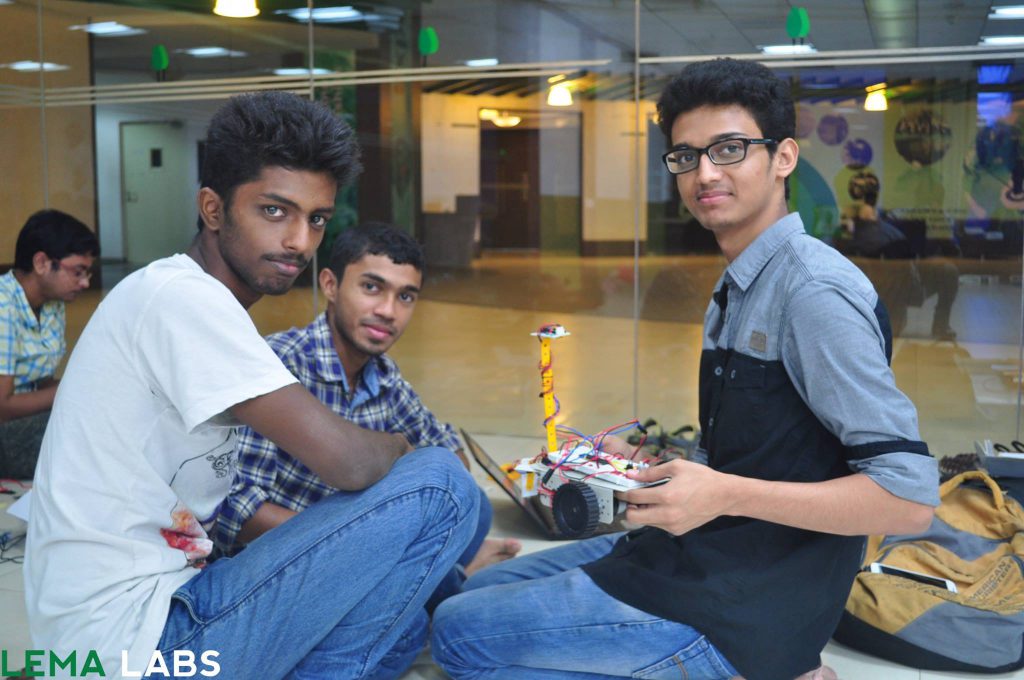 Later on the same month, I worked on the prototype of Bluetooth based Agricultural Lawn Mower, which was presented on Product and Design Award contest conducted by Corporate and Industrial Relations of Amrita University (Intra-University Contest). I was the winner of the event with Rs. 5000/- cash prize.

Eventually on November 2016, Our team was selected for Robert Bosch makeathon at Bangalore, where our team made a prototype of “Smart Cold Storage” which was the Runner Up with Rs. 50000/- cash prize. That was the first time where I attended a Hackathon, and it was a great experience as we worked for 2 days without any sleep to build the product. 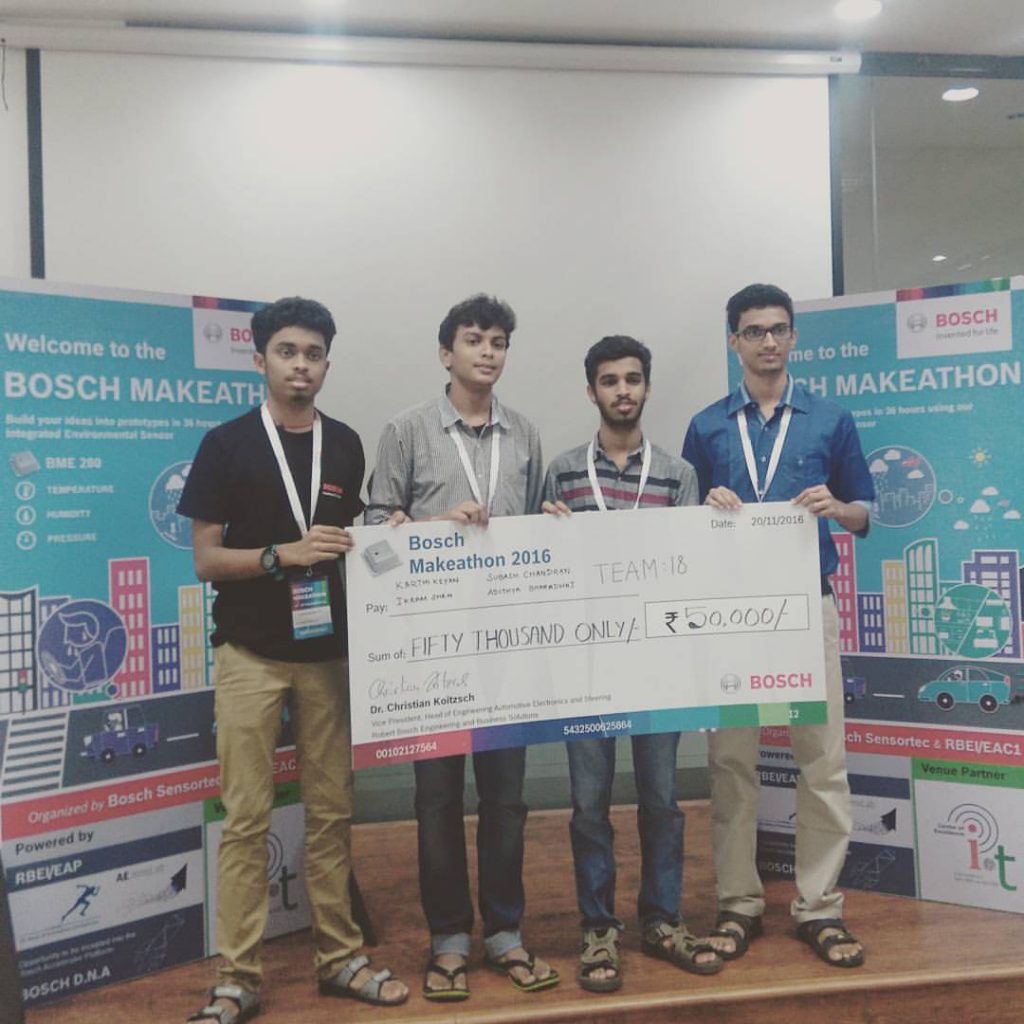 On June 2017, I attended the Kaizen Robotics Program (Advanced) at Lema Labs where I was exposed to work on Arduino based programming and to interface Multiple sensors, LCD and Robotic arms too.

Later on August 2017, myself and one of my friend Sri Harsha attended Lema Labs IoT course at Bangalore. With the learning we got from the Workshop, we worked on many small projects where we integrated Multiple sensors to get the data to cloud and to play around IoT based stuffs.

On October 2017, Our team was selected for World Food India Hackathon at New Delhi and we were one Among Top 5 teams who got recognized by Ministry of Food Processing Industries, Govt. of India.

Also, on November 2017 we presented our Idea “Quality Tracking system for Perishables” at GE Digital, Bangalore as we were one of the four finalists at GE Digital Industrial IoT Hackathon 2017. Our team was the winner with Rs. 1,00,000 worth prizes and goodies. 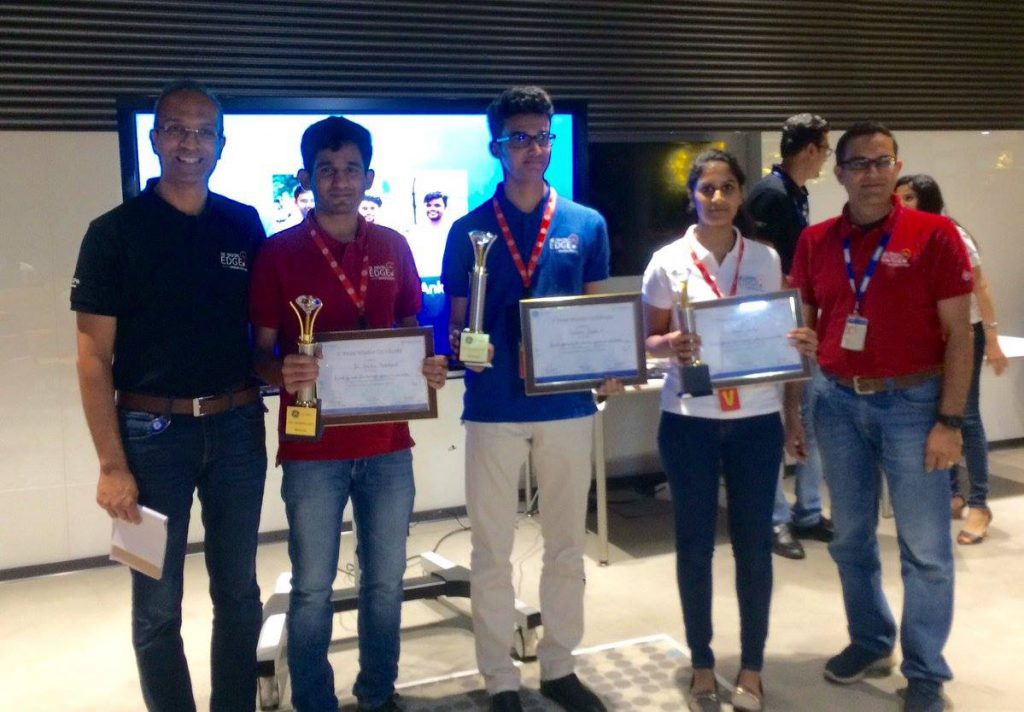 On december, I worked on “Milk Quality Check & Analysis”  and it was presented at Tamil Nadu Student Innovators, which was conducted by Entrepreneurship Development And Innovation Institute, Govt. of Tamilnadu & Forge Accelerator. I was one among the top 16 and rewarded with Rs. 25,000 cash prize.

On the end of December our team participated in Lema Labs Makeathon 2.0, where we worked on Smartphone Enabled Glaucoma Detection, and it was the winner with Rs. 6000 cash prize. 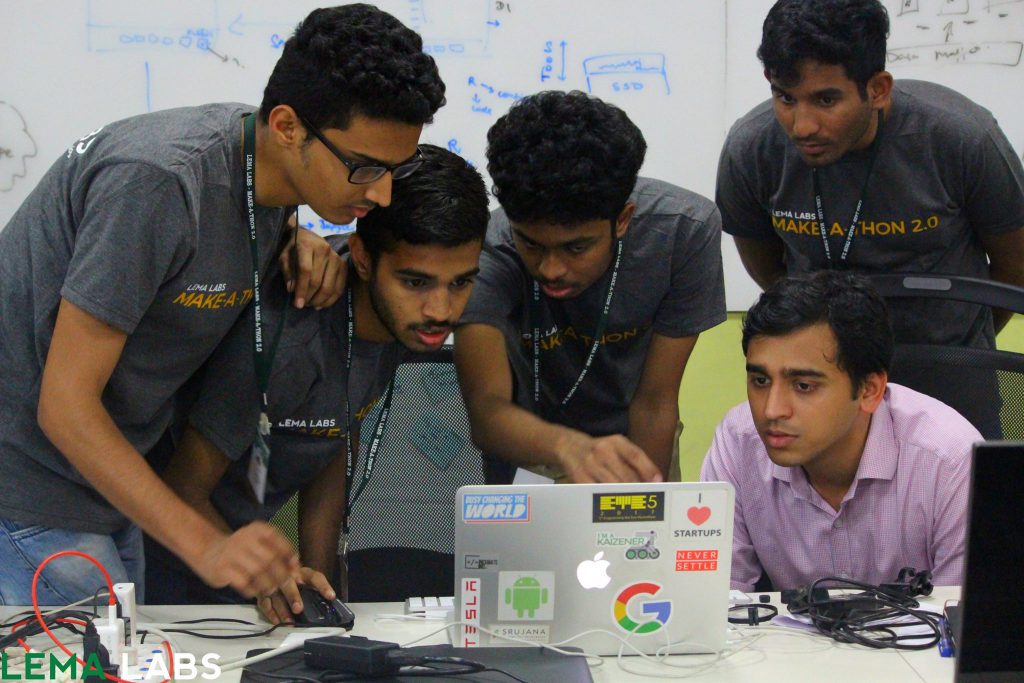 My team members Karthikeyan and Subhash Chandran were involved in the many of the above mentioned projects and competitions, are also a part of Lema Labs Community. In most of the projects I mentioned here, Yashas from Lema Labs has mentored me technically on how to make the project better. The support from Lema Labs community was extensive and it was one of the modes through which I get to know about the upcoming competitions and to get introduced with many techies to discuss crazy ideas.